The Attack on the Chinese Restaurant

Brad Loper represented an individual who had entered a Chinese restaurant, screaming and yelling at patrons and waitresses with a knife. The defendant was arrested a short time later, after he left the restaurant. The State alleged that he had placed members of the staff in fear of their lives by his actions and therefore had committed aggravated assault.

Investigator Keith Kucifer visited the restaurant and, with the aide of a Chinese interpreter (the owner), interviewed both the cook and the waitress that was present during the incident. 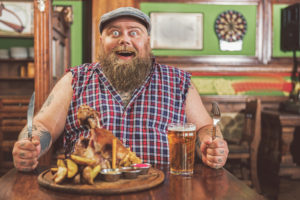 When presented with the facts of our investigation, the District Attorney attempted to make contact with the Chinese speaking waitress without any success, and finally accepted our interview results after listening to the tape recorded interview that Investigator Kucifer had conducted with the complainant.

Result Based on Investigation: The case was dismissed.

The Attack on the Chinese Restaurant