Hal Smith, an attorney in Wichita Falls who had used our services in the past, contacted us recently about a child abduction. Hal’s clients were the biological grandparents of the child in question who had legal custody. The biological mother and her new boyfriend fled the area with the child and were believed headed to Pasadena to live with the boyfriend’s parents.

Polly Korzekwa, our research specialist, was able to identify the parents along with a number of addresses in the area where they might be living. Although we knew the vehicle they were driving, Houston area surveillances on the different residences came up empty. We learned that the mother’s father was selling one of his houses in Pasadena. 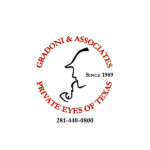 Chief Investigator J.J. Gradoni made an appointment to look at the house while pretending to be a potential buyer. Investigators Velez and Hodge were set up to follow the father after he met with Investigator Gradoni.

As luck would have it the father brought his son along to the meeting. After the meeting took place they were followed a few blocks away to where they were living. Upon our arrival we observed the young boy that had been abducted playing in the front yard. The plan was to have Attorney Smith make contact with the child’s mother’s attorney and inform them if they did not turn the child over immediately the police would be swarming the house. Thirty minutes after the phone call the couple drove to the Pasadena Police Station and turned over the child.  Another job well done with lots of involvement from our team members.