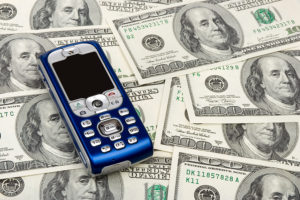 Houston Criminal Defense Attorney Jack B. Carroll represented the former manager of a cell phone company who operated a kiosk at the Willowbrook Mall.

During the course of the manager’s tenure, a number of phones were ordered utilizing customer information that were eventually shipped to 5 different locations in Houston. The cell phone company reported the loss to be $110,000.

Law enforcement could not locate any information that would indicate that any of the phones had been turned on, but did associate one individual, a former employee of the company, associated with all of the drop locations for the stolen phones.

When officers arrested this individual he told them that he acted in concert with the defendant, who provided him with the customers’ information. The officers also noted that on the days the phones were ordered the defendant was one of the employees working at the kiosk. Armed with this information our defendant was also charged. The defendant adamantly denied his participation in the scheme.

Investigator Keith Kucifer spoke with individuals at each of the 5 drop locations and learned that they were associated with the co-defendant, but had no knowledge of our defendant.

We learned from the subpoenaed information that there was no contact between the defendant and the co-defendant during the times the phones were ordered and delivered. We were also able to identify another individual who was working at the kiosk on the same dates that the stolen phones were ordered.

Result of Investigation: Houston Criminal Defense Lawyer Jack B. Carroll used the mountains of paperwork that we generated with our subpoenas to educate the Prosecutor that a jury would most likely not come back with a guilty verdict against his client. The case was dismissed.