It is hard to believe that 2011, our 23rd year in business went by so fast. It was another year of working diligently with our clients developing the information they needed to support their positions.

During our 23 year history we have had over $12 million in sales and I am proud to say we have a host of clients who are very happy with our accurate and thorough work product.

I can honestly say the staff of Investigators on board at this present time comprises the best team in our company’s history. Each and every Investigator is committed to taking each investigative assignment to a successful conclusion, many times going the extra mile to get the job done.

I would also like to thank all of our long term clients for the many referrals they have sent our way. Hopefully we will continue to fulfill our clients’ needs in 2012 at a higher level than ever before. 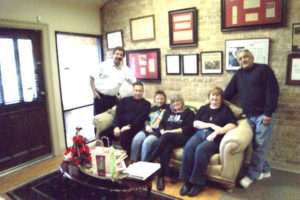 We have already had eight trials in the first 6 weeks of 2012. We are currently in trial on 2 death penalty cases simultaneously in Harris and Ft. Bend Counties.

We will be mailing out the 2012 Harris and contiguous counties court directories in the very near future. 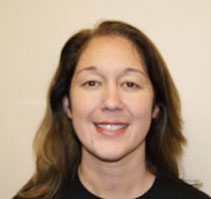 I am proud to introduce the latest addition to our staff, Edna Velez, who will start on March 1, 2012. Edna is a native of Puerto Rico who started with the United States Customs Service in 1997. Edna investigated criminal cases related to Commercial Fraud, Child Pornography, Contraband Smuggling, Money Laundering and Asset Forfeiture. Edna also worked undercover in Narcotics Operations.

Edna was one of the project innovators for the Houston Area Child Sexual Exploitation Task Force Program, which was provided to local police agencies to assist in the prevention of Child Pornography and the apprehension and prosecution of child sexual predators.

After her retirement, Edna has worked in the Spring Independent School District as a teacher in their Law Enforcement Program. Edna brings a host of experience and skills to our team.

THE STORY OF A COMPASSIONATE LAWYER

One afternoon a successful lawyer was driving in his limousine when he saw two men along the roadside eating grass. Disturbed, the lawyer ordered his driver to stop and he got out to investigate.

The two men told the lawyer they were eating grass because they didn’t have any money for food. Both men pointed out their families (two wives and six children) sitting under a tree. The lawyer told them that they could come to his house and he would feed them, putting the four adults and six children in his limousine.

Once underway, one of the males turned to the lawyer and said “Sir, you are too kind. Thank you for taking all of us with you.” The lawyer replied “Glad to do it. You will really love my place. The grass is almost a foot high.”

Cases Reviewed In This Edition of The Newsletter